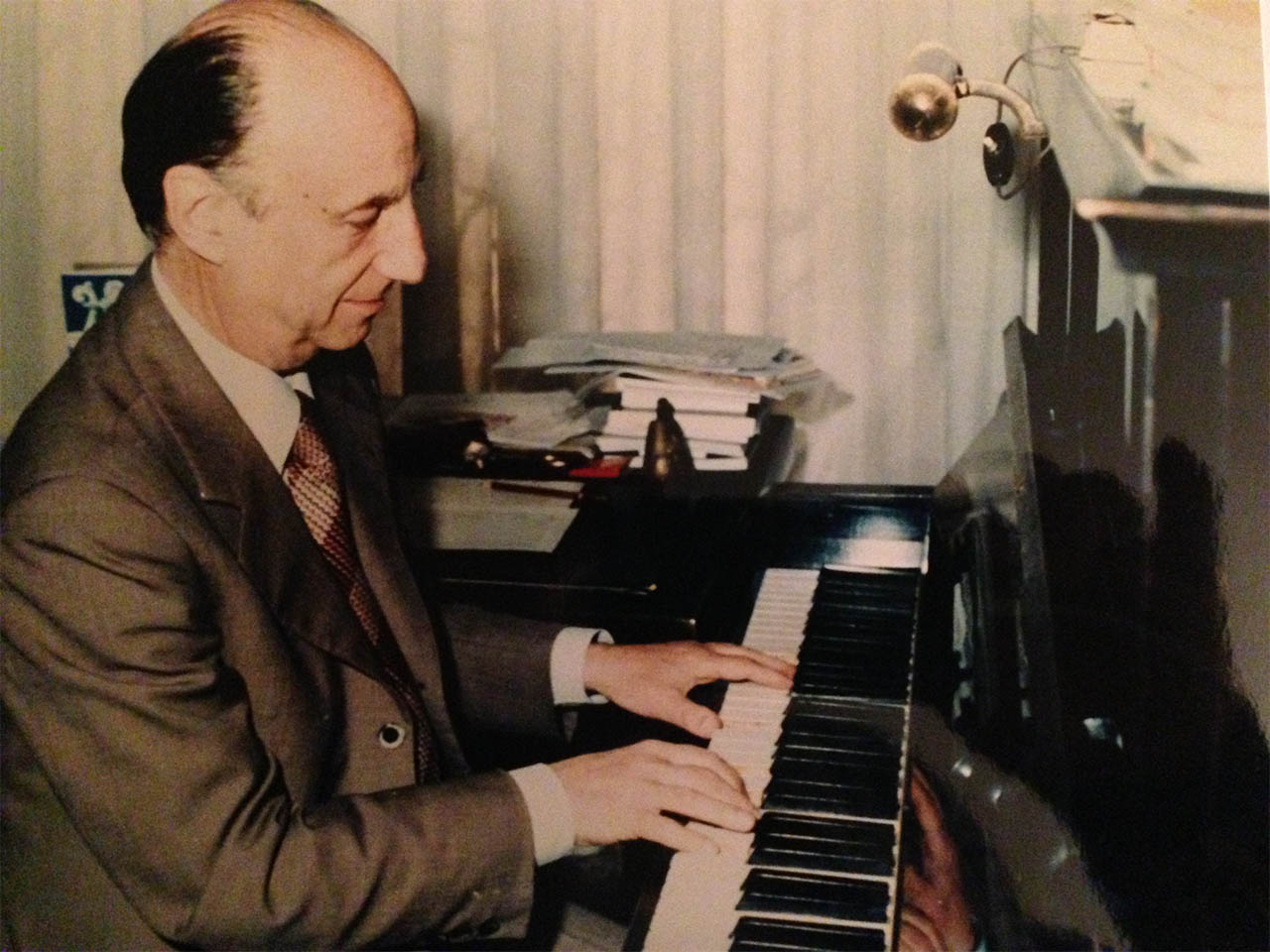 Cambissa Giorgio (1921-1998) was a conductor and graduated in composition.

His compositions received awards and special mentions in national and international competitions, including the first prize at the First Competition Queen Elizabeth of Belgium in 1961 for Chamber Orchestra.

He was the President and Artistic Director of the international piano competition Ferruccio Busoni and the President of the Concerts Society in Bolzano for about 20 years.  As Conductor he distinguished himself in numerous concerts in collaboration with famous soloists such as pianists Backhaus, Gieseking and Cortot and violinist Grumiaux.

He undertook missions abroad on behalf of the Italian Ministry of Education and in 1964 took part to almost all committees in charge of improving the Conservatory Education System.

He was a jury member of several national and international Music competitions.